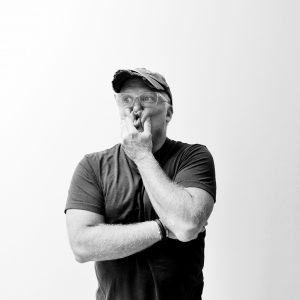 As CCO, Pete delivers work that moves business and becomes a part of the cultural landscape. He has led integrated campaigns for Taco Bell, Mattel, H&R Block, 7-Eleven, and Dr Pepper, and has helped add countless new clients to Deutsch’s roster. Prior to joining Deutsch, Pete spent 13 years as CCO of Arnold Worldwide where he co-created the Truth campaign. That work was named “Campaign of the decade” by Adweek.

Throughout his career, Pete has been named to Business Insider’s 30 Most Creative People in Advertising list and was featured in Adweek’s annual Creative 100 list. His work has earned numerous awards at top industry shows, including Cannes, D&AD, The One Show, CLIO Awards, ANDYs, and Kelly Awards, as well as three Emmy’s. Pete serves as a board of director on the prestigious One Show and Girl Culture Films. Recently, he was the Chairman of the ANDY awards where he hosted the first-ever live jury deliberations. In 2017, Pete was the President of the Cannes Lions Film Jury also served on the 2016 Cannes Lions Titanium Jury.

Outside of work, Pete and his wife Amy, are passionate about helping provide resources for the homeless teen population in Los Angeles. Every year, they, alongside friends Melissa and Chris, bring together the LA art, advertising, music, and production communities to donate collective personal art pieces for auction to benefit the non-profit, Safe Place for Youth.

Pete’s got a knack for designing homes, custom made furniture and lighting. What he loves most is being a Dad to Cian and Juliette and husband to his love, Amy.