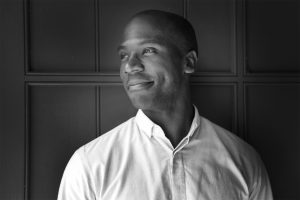 In 2016, Keith Cartwright was named in Adweek Magazine in their “50 Top Creatives In The Business”, and was recognized by Advertising Age as a “Media Maven” for 2016. He was also chosen by Campaign Magazine for their “Top 10 Most Influential People in Advertising”.

Keith Cartwright is currently Executive Creative Director at 72andSunny LA, responsible for creative across all brands.

Previous Keith was Executive Creative Director at BSSP, the largest independent advertising agency in California; BSSP was recognized as “Small Agency Of The Year” for 2017 by AdAge.

In 2011, Keith formed UNION MADE CREATIVE where he served as CCO and Founder. Since opening in 2011, UNION garnered awards and media attention throughout its client roster, which included NikeLA, GE, and LEGO. UNION was responsible for helping redefine Nike West, and for launching #keepbuilding, the most viewed commercial in LEGO history.

Keith also served as Creative Director at Wieden+Kennedy, where he led the Jordan Brand account along with Nike Canada and Nike New York. Keith was responsible for launching “Become Legendary” for the Jordan Brand which became the centerpiece across all marketing, and helped the Jordan Brand reach a billion dollars in sales for the first time in its history.

From 2004-2006 Keith was a Creative Director at TBWA Chiat Day. During his tenure at Chiat they were recognized by Cannes as “Agency Of The Year” and Adidas was recognized as “Advertiser Of The Year”. Keith has been awarded and recognized by every major awards organization in his field.

Keith is also a co-founder of SATURDAY MORNING, a non-profit organization geared to shift racial perceptions in the African American community through creativity.

Keith and Anju are the proud parents of their daughter Beau, their son Arthur, and their French Bulldog Roger.