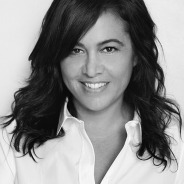 In 1998, Jackie teamed with director-cinematographer Lance Acord to form Park Pictures. Together Jackie and Lance created a company known for their top tier talent and expert productions. Some of Park’s most recent awards include the 2014 Emmy Award for Apple’s “Misunderstood” and a directing Cannes Gold Lion for P&G’s “Pick Them Back Up”.

After their short film, The New Tenants, won the 2010 Academy Award, Park launched the Park Pictures’ feature division. Since its inception in 2012 Park Features has produced four successful feature films, Robot and Frank(2013), God’s Pocket (2014), Infinitely Polar Bear (2015), and Cop Car (2015), all of which premiered and sold at the Sundance Film Festival.