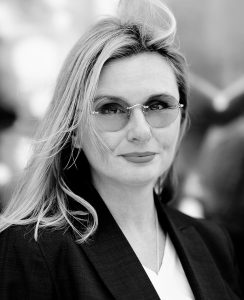 Emma has been an advertising creative for nearly 20 years. First as a junior copywriter at a tiny start up agency above a curry house. Most recently as the UK Chief Creative Officer at Digitas, responsible for the agency’s overall creative output and point of view on the world.

In between the two, she’s been ECD on famous brands such as British Airways, IBM and Kimberley Clark. And along the way she’s won Golds and Grand Prix at every major creative award show including Best in Show for Mobile at One Show, Grand Prix at Cannes for Direct and D&AD Yellow Pencils for Integrated campaigns.