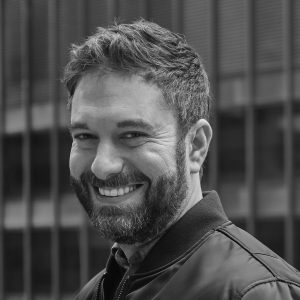 Ari Weiss joined DDB as CCO of North America in February of 2017. Together with CEO Wendy Clark, the two have been focused on what they’re calling the “resurgence of an icon.” A mission to return DDB to its rightful position as the world’s most creatively effective network.

In less than a year, Weiss helped secure DDB a spot on AdAge’s coveted A-List for the first time in over 20 years. In 2017, Weiss was also named to Crain’s 40 under 40, Adweek’s Creative 100 and the 4A’s 100 People Who Make Advertising Great. In 2018, DDB rose to the third most creatively awarded network in Cannes helping Omnicom secure the holding company of the year honor for the first time in the festival’s history.

Since joining DDB, Weiss adds 24 Cannes Lions to his accomplishments including the Integrated Grand Prix which he won in 2016 for Netflix.