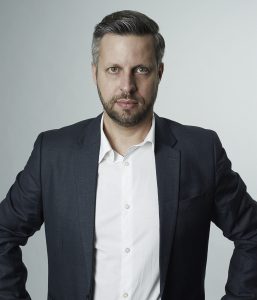 Anselmo Ramos is the Founder and Chief Creative Officer of Gut, a global creative agency with offices in São Paulo, and Miami. Prior to GUT, Anselmo was the head of DAVID’s U.S. flagship in Miami, Anselmo is the creative leader behind Burger King’s famous “Proud Whopper” campaign, as well as successful brand campaigns including DAVID’s first-ever Super Bowl spot, “Wiener Stampede” for Heinz, and Heinz’s “Pass The Heinz” campaign, an idea DAVID brought to life from the hit television series Mad Men. Under his leadership, DAVID also recently won two prestigious Grand Prix awards for Burger King’s “Burning Stores” and “Google Home of the Whopper” campaigns at this year’s Cannes Lions
Festival.

Anselmo got his start in advertising at 24 years old after he moved away from his home in Brazil to work for Y&R Lisbon, Madrid and Miami, and Lowe New York. During his time abroad, Anselmo won multiple prestigious awards from Cannes, The One Show, CLIOs and D&AD, among many others. In 2007, he returned to Brazil to become Chief Creative Officer of Ogilvy Brazil, the agency responsible for Dove’s “Real Beauty Sketches,” which won the first Titanium Grand Prix Award at Cannes for Latin America. Ogilvy Brazil was also named Cannes Agency of The Year in 2013, the first Ogilvy office to ever win this award. To date, Anselmo’s work has won over 195 Cannes Lions, including 30 from this year’s Festival alone. He has been awarded several illustrious industry accolades, including DAVID Miami being named on Ad Age’s 2017 Agency A-List Standouts and on Creativity Innovators List, and he’s been featured on Adweek’s Creative 100 List, which highlights the industry’s most vital leaders in tech, media and marketing.